Cooperating with China as It Enters an Era of Qualitative Development Ichiro Kawashima, NRI Shanghai

In China, rapid economic growth has settled down, and the country is now aiming for qualitative development. In an era of transformation in which innovative companies are emerging one after another and expanding globally, Japanese companies need to take a fresh look at their stance toward China.

Has China’s economy hit a wall?

In 2010, China’s GDP surpassed that of Japan, making it the second-largest economic power in the world. However, China’s growth rate, which had theretofore exceeded 10%, fell to 9% in 2011, and then to 6% in 2015. In view of this, in Japan, we started hearing sensationalist talk of “the end of China’s economy” and “the collapse of China’s economy”, but is that really the case?

Ichiro Kawashima, who has served as NRI Shanghai’s representative since 2014 and has been involved in business with China for more than ten years, states, “Just as Japan shifted from a period of high growth to a mature stage, China is currently exiting a stage of quantitative expansion and growth and entering a stage where they’re aiming for qualitative improvements.”

From economic growth seen in a spiking GDP to quality-focused development—in China, these new circumstances are called the “new normal”.

Kawashima continues, “Because the scale of China’s economy grew so large, its growth rate inevitably fell compared to the past. Some industries are suffering from this, but not to the extent that China’s economy will collapse. There are still many industries that are sustaining solid growth.”

The consumer market is a good example. Now that wealth has spread to Chinese people not only in the large coastal cities but also in the inland regions, “the consumer market, especially e-commerce, is seeing continued double-digit growth,” says Kawashima. 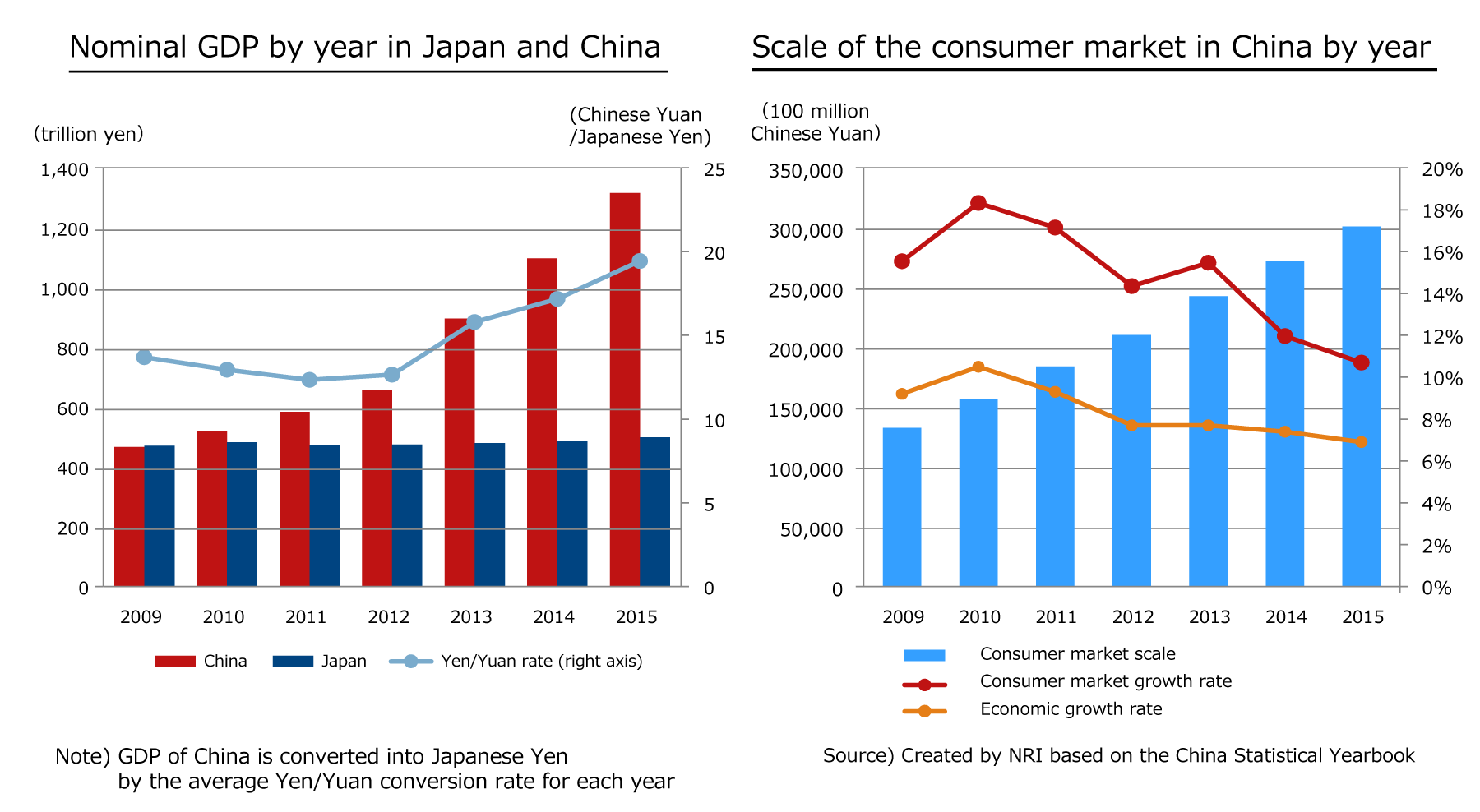 Not only Chinese companies but also European, American, Taiwanese, Korean and other foreign companies are taking advantage of China’s growing market, making efforts to increase their share. Japanese companies alone seem to be stepping away from China. Kawashima suggests the following reasons for this.

“One reason is the issue over the Senkaku Islands that occurred in September 2012. Until then, Japanese companies had aimed to invest and expand their business in China, and intended to pursue expansion in regional cities as well. However, after the Senkaku problem occurred, Japan’s view of China changed overnight, and Japanese discourse on China has turned overwhelmingly negative. I think that jealousy and a sense of feeling threatened after China’s GDP surpassed that of Japan also plays a role.”

Under this new normal, China is promoting a new development strategy to strengthen competitiveness through innovation. Previously, low-cost and widely available labor was the backbone of China’s economic growth, but now China is aiming to develop by using innovation to improve “technological prowess, quality, and brand power”.

This mission will be taken on by so-called “innovation companies”, which are sprouting up in China at a rapid pace, providing innovative new technologies and services. These companies incorporate technology and experience from a variety of fields with the goal of taking their business global.

Toward a third stage of cooperation between Japanese and Chinese companies

“The founders of innovation companies are mostly in their thirties and forties and have returned to China after studying abroad and gaining experience in cutting-edge companies overseas. In the coming third stage, I think a crucial point will be how Japanese companies incorporate the vitality of these innovators.”

Chinese innovation companies are smart, move fast, and have a global mindset. “Japanese companies need to discard the old image they have of Chinese companies and create new business ventures with them, utilizing their capacity for growth and development and their ability to handle the government,” says Kawashima.

In order to survive in this competitive international environment, the only way forward for Japanese companies is to address their immense neighbor calmly, without being influenced by emotional likes or dislikes.