Chinese internet services are a business opportunity for Japanese companies

With the rapid development of Chinese internet services, people's lives have become more comfortable and convenient. In fact, one could say that the Chinese services have already exceeded those of Japan. We asked Ichiro Kawashima, long-term resident of China and president of NRI Shanghai until March 2017, about his outlook for the future.

The Chinese economy has seen two-digit growth since the year 2000, and the number of buildings and cars has increased at a dramatic pace. People who have visited China several times for business trips, etc., have surely been surprised at how much the cities have changed each time they visit. However, Kawashima states that Chinese people say they have felt a greater change in these past few years. This is because from the 2010s, internet services that make daily life more convenient and comfortable have started to permeate various industries.

Smartphone services have become particularly prevalent. Kawashima, who still travels back and forth between China and Japan, says that "If you have a smartphone, there is almost no need to use cash." Thanks to payment services such as Alipay and WeChat Pay, it is no longer necessary to use cash to pay at restaurants, convenience stores, supermarkets, or even street food stalls.

"It is also normal to use a smartphone app like Uber to call a taxi. Services for delivering meals or fresh food are also widely used—both deliver to your home within about 30 minutes."

The things that Chinese people were inconvenienced by in their daily lives, such as buying tickets for a train or airplane, or making a reservation or paying for a hospital visit, can now be instantly performed via the Internet. 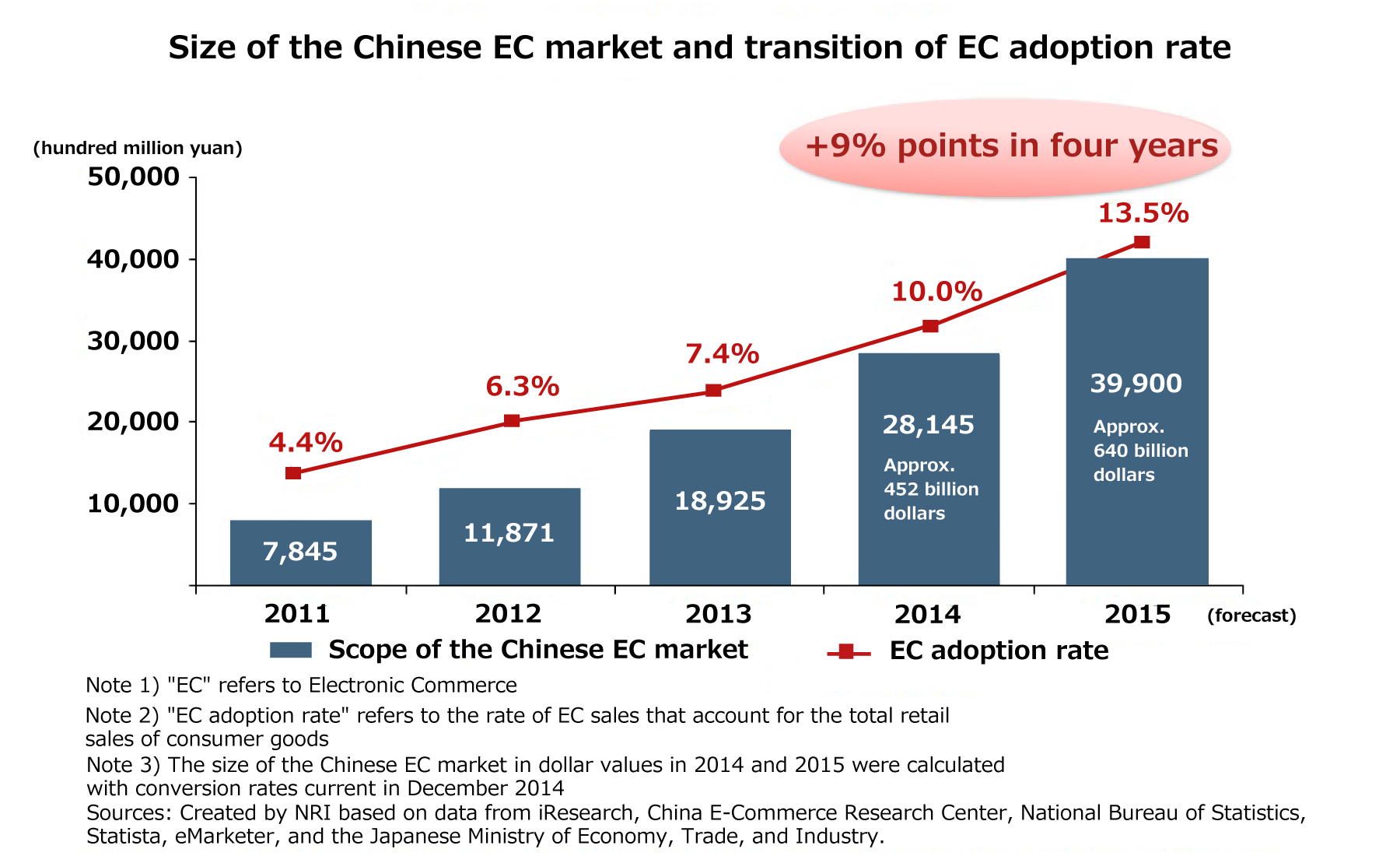 "For example, fresh food can be delivered with more safety and reliability than a real supermarket and there are quite a few stores that are supported by consumers. Since the Internet provides systems that enable users to evaluate services and products, service providers actively try to provide better service and immediately answer any questions. Stores that are not supported by consumers are quickly weeded out."

Perhaps due to the planned economy, retail stores were simply a place for handing over products to people, but since joining the WTO in 2001, awareness has changed toward meeting people's needs. However, since the so-called "service industry" is still young, the consumer needs of a richer Chinese population are not being adequately satisfied. On the other hand, Kawashima says that the consumer needs that are not met by retail stores, etc., are being satisfied as a result of national government policies that assist Chinese internet services and the large number of ambitious and highly sensitive managers that have entered the market.

The high quality of service found in Japan is needed in China
Although Chinese internet services have continued to grow at a pace that outstrips Japan, competition has driven out service providers that could not survive in the industry and it is now time for the next stage of growth.

"The business model of Chinese internet services is actually quite simple; connecting consumers with real stores via the Internet. I believe that these services will evolve into services with more complex processes in the future," says Kawashima.

For example, service providers cannot provide comprehensive healthcare services instead of simple reservation and payment services without the cooperation of various players, such as hospitals, pharmacies, insurance companies, and medical device manufacturers.

"The high quality of services and products provided by Japanese companies makes them attractive prospective partners for Chinese internet firms. Since China has already satisfied the demand for goods and convenience, demand for higher quality of life will increase. I believe that this presents a great business opportunity for Japanese companies."