At the NRI Dream up the Future Forum 2018, there will be panel discussions on “Business Strategies for Japanese Businesses During the Age of Digital Transformation (DX).” The panelists are NRI experts who have been engaged in digitalization efforts in the areas of information and communications, manufacturing, transportation and distribution, and real estate. In preparation for the panel discussions, the panelists have listed some of the changes that are occurring in these different industries and the challenges they are facing.

Towards a World Where Machines Make Decisions, and Humans Toil

The meaning of “digital transformation (DX)” differs depending on the person. How do NRI’s experts understand and see the changes from DX in their respective fields?

Shohei Ishiwata, who has for many years been assisting in corporate reform as an ICT and media consultant, believes that changes resulting from DX will “change the world to one where machines will make decisions based on data, and humans will work to implement such decisions.” 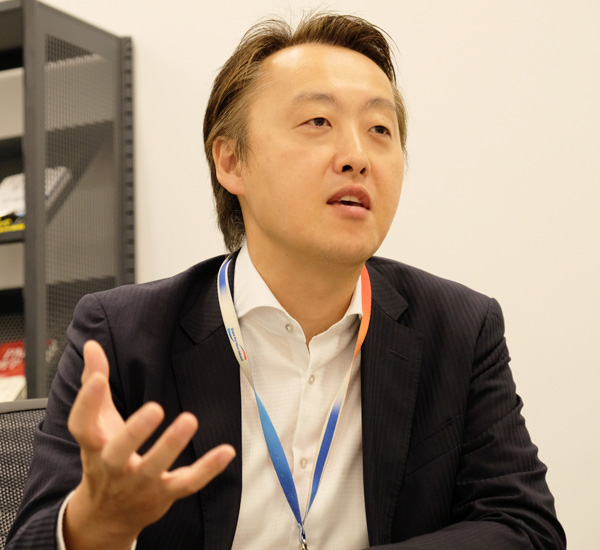 Shohei Ishiwata, General Manager, Analytics Business Department: “Until now, machines have implemented decisions made by humans. However, with the development of AI, machines are now able to quickly make better decisions based on more information. For example, recently, at major EC (electronic commerce) companies, machines have been deciding the quantities and prices of goods that will be sold, and humans have been managing areas that cannot be mechanized. I believe that such conditions will evolve further, and the world will become a place where business strategy decisions are made by machines based on data, and humans will work to implement such decisions.”

Yukio Shigeta, Global Manufacturing Industry Consulting Department and Global Business Planning Department: “The manufacturing industry in Japan thus far has been manufacturing and selling goods by placing value on the performance of products. If the performance of a product increased, its price also increased. For example, suppose there is an electric product with a durable life of 10 years and an energy efficiency of 95%. The thinking was that if the energy efficiency of the product increased to 96%, its price would increase by 5%. However, because of advancements in digitalization, the commoditization of electric products has been accelerating dramatically. In the future, customers will be buying products not for their performance, but for the utility value that can be attained through such products. Accordingly, the focus should be on how to inform consumers of the utility value of a product. If we keep manufacturing without understanding what value to provide to customers, we will only be left with price wars at the end.” Junichi Yoshida, a system consultant assisting in digitalization of the real estate industry, believes that DX means “changes in business models” and “changes in the players.” 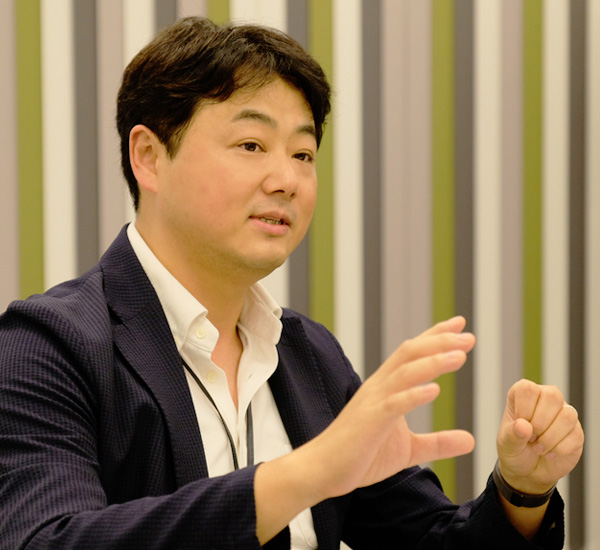 Junichi Yoshida, Real Estate System Business Department and Digital Business Design Department: “‘Changes in business models’ in the real estate industry means changing to a model that charges for experiences rather than for things. In other words, it is my opinion that instead of selling products (real estate), profits will be earned by providing ongoing services to customers. Further, ‘changes in the players’ means circumstances where companies like Google, who have massive volumes of data, enter the real estate industry with high volumes of information, funds, and users.”

“What we see overseas are tech companies like Google and Alibaba starting urban development projects. This means that real estate companies need to think flexibly and enter other businesses or start new businesses.”

Providing Not Just a Means of “Transportation”, but Also Enjoyment

Hiroshige Muraoka, Global Infrastructure & Energy Consulting Department: “Of course, in the transportation and distribution industries as well, supply has always met demand. However, with digitalization, the tastes and needs of customers can be specified and segmented so that supply better matches their tastes and needs.”

Muraoka gives the example of how, in the past, an airline would sell seats to a travel agency for a low price, then the travel agency would create travel pamphlets to generate demand over a six-month to one-year period. But now, as in JAL’s “Go Somewhere Miles”, more demand for travel is stimulated by selling travel experiences, not just seats. 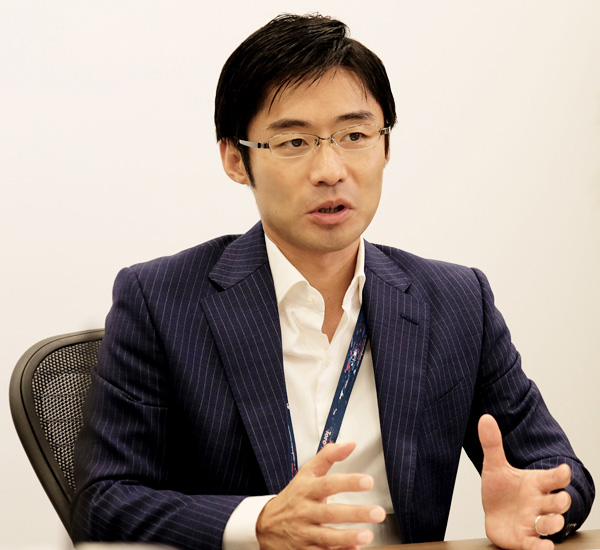 “Through digitalization, not only is transportation provided as a means to an end, as it traditionally has been, but enjoyment can be provided, too.”

Amidst such significant changes in the business environment, what are the challenges for various industries, and what are the solutions?

Ishiwata states that all industries should work on improving the precision of machine-based decision-making and how humans respond to the decisions of machines.”

“First, with respect to the precision of decisions by machines, it appears that many people think that what is most important is data collection, but there is no point in just collecting data blindly. First, it is important to collect data relevant whether or not the result of collecting the data was meaningful in a certain way. And then, consider whether humans are going to follow the machine’s decisions. As an extreme example, if a machine recommends the products of another company to a customer, should humans follow that decision? I think we will be forced to make changes in our mindsets.”

“Earlier, I discussed how instead of product performance, it will become necessary to seek value that can be attained through products. Specifically, the perspective until now, for example, has been to manufacture a car or manufacture an air-conditioner; that perspective has changed to a focus on providing comfortable means of transportation or creating a pleasant working environment inside a building. To do so, the method of segmenting markets and organizing internal management structures must be changed drastically. Partial changes will only incur costs and leave matters unfinished. So, what should be done? I think that concrete measures should be introduced at the Dream Up the Future Forum along with actual cases.”

Ensuring That Companies Go Beyond Superficial Attempts at Streamlining

Yoshida sees the following issues for the real estate industry.

“To realize DX, many real estate companies start by studying AI and IoT. Then, they research what other industries are doing. However, this puts them behind the curve. It is important to understand what customers want, design services to satisfy their needs, and then test them.”

Yoshida himself has engaged in many discussions with customers and presented various ideas to them.

“I think that the key is to come up with ideas that are normally difficult for the real estate industry to conceive of, and to combine services. I would like to give examples during panel discussions.”

The transportation and distribution industries are not only labor-intensive industries, but must also responsibly provide safe, dependable and consistent infrastructures to everyone. With that background, Muraoka states: “It has been difficult to keep up with changes and to change business models drastically. For that reason, even if the importance of DX is recognized, the problem is that discussions often end with streamlining.

“In addition, a major EC company that is a huge platformer has entered the distribution industry, and there is huge pressure on dealing with such entry. I think that to overcome such challenges, the key is to re-examine the value proposition of a business, and through a high definition lens, determine what customers are truly seeking as well as the missions of the industry and the company, and propose services that are not confined to existing frameworks.”