Introducing the society aimed through digital capitalism: NRI Dream Up the Future Forum 2018

On October 16, 2018, Nomura Research Institute (NRI) hosted “NRI Dream Up the Future Forum 2018”. This forum, based on the NRI corporate philosophy “dream up the future”, is an event where discussions on the desired state of society and direction of corporate management under the theme "Digital Opening in the Near Future" have been continuing for three years since 2017, to examine the future of Japan and the world. This was the second time the forum had taken place. Professor Michael Wade of IMD, a top-class business school in the world, provided insights on the future of industries in the era of “Digital capitalism”. Moreover, varied experts of NRI discussed the way the companies should develop their strategies.

The economic system is witnessing a structural transformation from ‘Industrial capitalism’ that considers labor as the source of value creation, ongoing since the 18th century, to “Digital capitalism” that emphasizes on digital information being the source of value creation. In order to bring industries under digital capitalism, Konomoto’s analysis shows that it is necessary to think from consumer's viewpoint rather than producer’s, in other words, redefine the industry in terms of GDE (Gross Domestic Expenditure) instead of GDP (Gross Domestic Product).

For instance, in the GDP statistical data, the automobile industry is categorized under “transportation equipment manufacturing industry”, whereas, it is categorized under “Transportation” from the perspective of GDE. In digital capitalism, the value to provide mobility services would have a greater meaning than providing the automobile itself.
Therefore, Konomoto urges that “Manufacturing industry needs to be transformed into “as a service (aaS)” business pattern such as Mobility as a Service (MaaS) in case of automobiles. Going forward, with the further progress of digital technologies, the automobile industry will provide various mobility-related services to the consumers, such as services to match demand and supply of means of transport in real-time and service estimating the transportation demand by analyzing the big data. 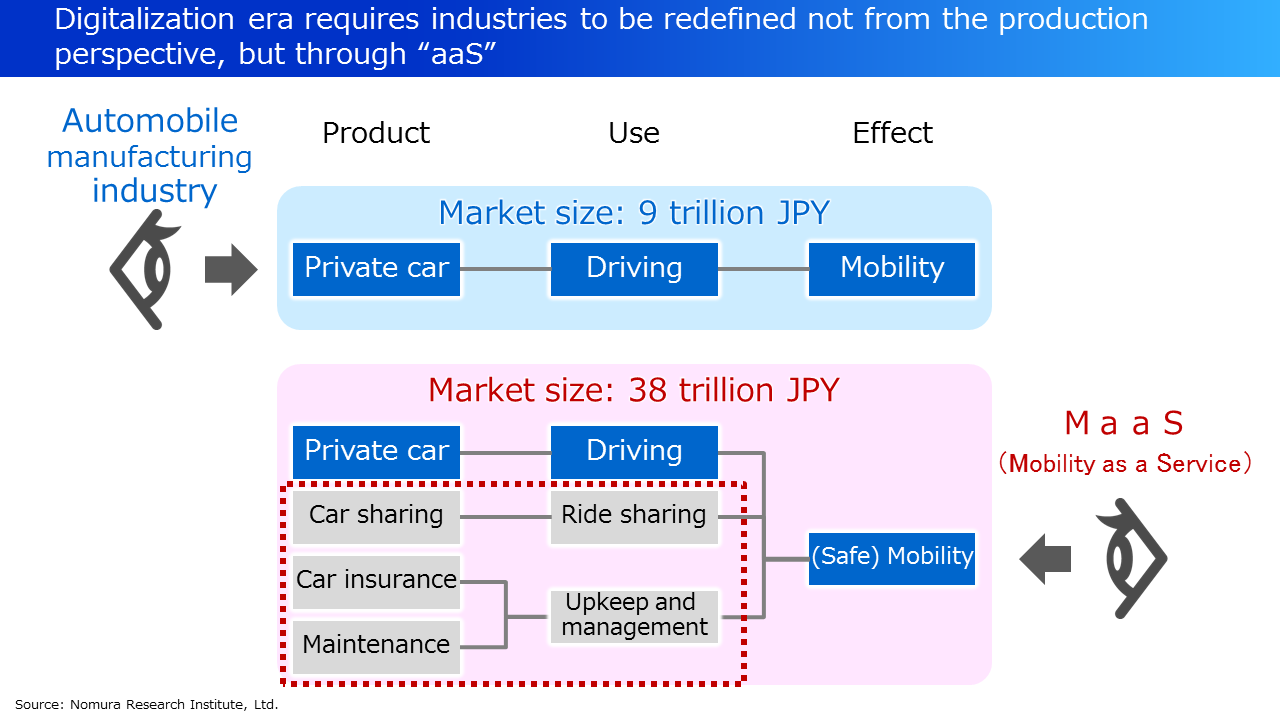 Moreover, he emphasizes “in digital capitalism, companies pursue to maximize the consumer utility through aaS, the source of which would be nothing but digital data”.
The biggest player in the era of digital capitalism is “Platform”. After acquiring an overwhelming number of users, if you can develop an ecosystem in collaboration with companies of different industries, it will bring an advantage, which cannot be achieved by the companies that follow pioneer company. Konomoto concludes his lecture by stating that “With the growth of platforms; various threats will emerge, as well as a sense of caution towards the dark side of digital capitalism will increase. Hence, it is necessary to have an in-depth discussion on the image of society aimed through digital capitalism, respecting citizens’ will (sovereignty)”.

Michael Wade, a professor in IMD business school of Switzerland, spoke next. IMD receives a strong support from various countries across the world, including Japan, for its executive education. The school has a laboratory to conduct research on digital transformation, and imparts educational training to management businesses around the world.

While digital disruptors (destructive innovators) are emerging in many industrial sectors and competition with the existing companies is getting fierce, Wade made a wake-up call to Japanese companies with a weak sense of crisis, through his special lectures. On the other hand, Japanese business leaders talk about the points to achieve success and raise agility towards the digital business, and expect that the digital strategy should be drawn in integration with the management strategy. 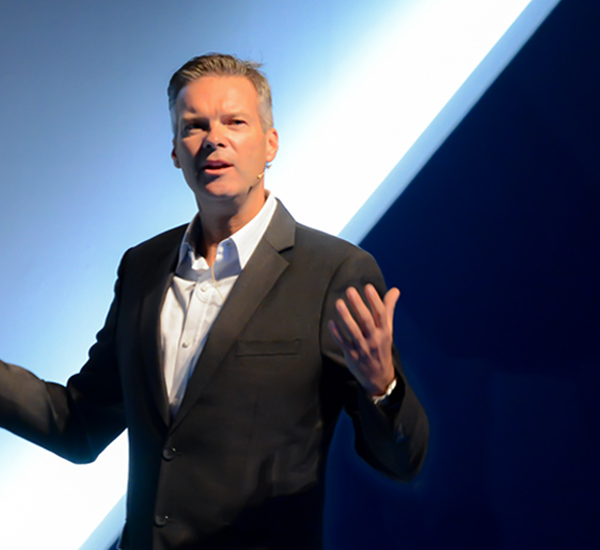 Digital transformation from the expert’s viewpoint 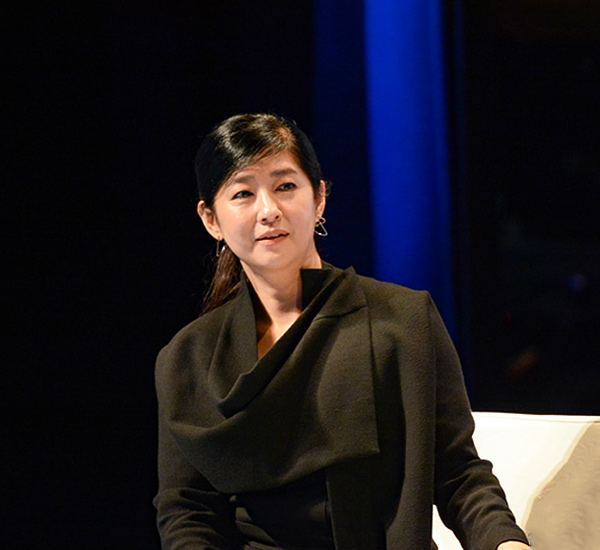 At the end of the forum, the moderator Maoko Kotani initiated a panel discussion with the four experts from NRI on “What business strategies should Japanese companies adopt in the digital transformation era?”

A consultant in the ICT and media industry, Shohei Ishiwata has been engaged in corporate reforms for a long time. With regards to the changes that DX can bring, he states, “All industries should work on improving the precision of machine-based decision-making and how humans respond to the decisions of machines”. Further, Hiroshige Muraoka, who has been long associated with introducing digitalization in transportation and logistics industry showed that digitalization in the said industry as “realization of supply that meets inherent demand”.

At the end, the moderator Kotani concluded the forum with a few words: “Today’s forum was full of hints for how Japan could become a leader in the next-generation digital society. We hope that it was of help to you all.”