What Flaws Might Lie in the Substantial U.S. Economic Stimulus Measures for Supporting Private Businesses? 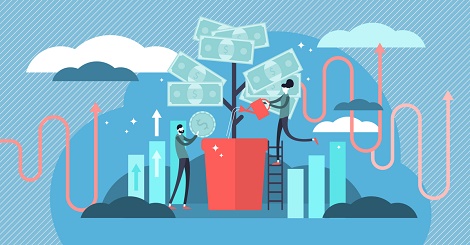 Relief for businesses as victims of novel Coronavirus countermeasures

On March 27, the U.S. Congress passed large-scale economic stimulus measures totaling $2.14 trillion. Compared to the Troubled Asset Relief Program (TARP) and other economic stimulus packages that were implemented in the wake of the 2008 Lehman Brothers failure, the most significant characteristic of these new stimulus measures is the strong focus on helping (non-financial) private businesses. Following the Lehman Brothers collapse, assistance for banks formed the core of the relief that was provided.

Lehman Brothers went bankrupt on September 15, 2008, while TARP was launched roughly one month later on October 14 of that same year. The reason that a month’s time was spent in the interim was that opposition to using taxpayer money to bail out financial institutions—the entities most responsible for bringing about the economic crisis—had intensified within the halls of Congress. There was strong resistance in Congress to rescuing the banks and other financial institutions that had made excessive loans and investments to gain profits, only to then face the risk of their own bankruptcy when those investments failed.

Incidentally, the government’s current restrictions on overseas travel and requests for people to voluntarily self-isolate—which are intended to stem the spread of the novel Coronavirus—are jeopardizing the operation of companies and the job status of workers who are utterly blameless here. The fact that the Democratic and Republican parties had no objections to providing relief to these companies and individuals arguably made it possible for these stimulus measures to be passed more swiftly this time around.

Of the total $2.14 trillion in this massive stimulus package, $250 billion is allocated for unemployment benefits, while another $301 billion is earmarked for cash benefits for individuals. Even more notable here is the $349 billion that will be used for loans to small and medium-sized businesses (those with fewer than 500 employees). These are forgivable loans that do not need to be repaid if they are used by the companies to keep their employees on the job and keep their wages steady. They are effectively a form of subsidy for SMEs, akin to Japan’s employment adjustment subsidies.

An additional $425 billion is to be used to fund a government guarantee to back a business assistance scheme run by the Federal Reserve Board (FRB), which has a set maximum scale of around $4 trillion. This $4 trillion is roughly equivalent to one-quarter of the total borrowings of non-finance companies.

Under this scheme, the FRB will be financing special purpose vehicles, which in turn will purchase CP, corporate bonds, and municipal bonds, and will also make MMF loans. Lending to businesses will also be part of this.

Although the FRB bought CP back during the 2008 Lehman Brothers failure as well, it did not purchase corporate bonds or municipal bonds. This occasion also marks the first instance where the FRB will be lending directly to businesses.

CP and corporate bond purchases are also being carried out by the European Central Bank (ECB) and the Bank of Japan, for instance. Moreover, the BOJ has also been purchasing ETFs (shares). That said, this lending is limited to financial institutions. Central banks, after all, serve as banks to other banks.

From this perspective, it is rather extraordinary for the FRB to lend directly to businesses, albeit through special purposes vehicles. That is how substantial these stimulus measures are in the support they provide for private businesses.

Within this potential $4-trillion-dollar business assistance scheme, the government will be contributing up to $425 billion to special purpose vehicles. This means that even if some portion of the FRB’s $4 trillion financing ends up being unrecoverable, as long as that amount is no more than slightly over 10%, the FRB itself would not incur a loss.

While the FRB has launched this program with a heavy focus on supporting private businesses, it seems likely that the operation of the financial markets and of financial institutions will be the next problem to rear its ugly head.

The CP and corporate bonds being purchased by the FRB under this scheme are limited to those with high credit ratings. However, the commodities facing a more serious problem, including already plunging prices, are high-yield bonds as well as corporate bonds and securitized products with even lower credit worthiness and ratings. In order to preserve the functions of these high-risk markets, the FRB will likely be forced to expand the range of its purchases to include corporate bonds with lower credit worthiness and poorer ratings, or even CLOs (collateralized loan obligations) and other such securitized products.

Furthermore, there is a chance that the hedge funds, mutual funds, insurance companies, asset management companies, and other such entities possessing large volumes of these high-risk securities will experience operational concerns going forward.

Although the crisis during the Lehman Brothers failure centered on banks, the core of this crisis appears to be financial institutions other than banks—so-called “non-banks” or “shadow banks” (see this column’s “Financial Crises Always Come in Different Forms”, March 27, 2020). The FRB may well have no choice but to rescue such non-bank institutions going forward.

In that event, the FRB might need to expand its current business assistance scheme even further, and the federal government might have to increase the amount of its guarantee as well. However, as soon as the focus of the relief is switched from private businesses to financial institutions, Congress will likely grow wary of increasing the amount of government spending. This is because the criticisms of how banks were bailed out with taxpayer funds during the last financial crisis remain deeply rooted among the American people.

In particular, it might not be so easy for Congress to pass additional measures which would be unpalatable to citizens in the leadup to November’s presidential election. What’s more, if the election were to produce a Democratic administration in the White House, Congress would surely become even more leery of rescuing financial institutions.

As we have seen, the current economic stimulus measures call for extremely concerted support for private businesses, in the form of both direct government aid and lending and the FRB’s business assistance scheme. Nevertheless, if financial institutions should require assistance going forward, the discourse will likely again turn sour, with Congressional deliberations falling into confusion and disorder.

The use of public funds to rescue the banks after the Lehman Brothers collapse subsequently became a core theme of the anti-inequality movement in the U.S. The “ghost of the past” from that era could well end up seriously impeding the FRB’s efforts going forward to stave off another financial crisis.