Kotaro Kuwazu is known as a watcher of the IT field and a navigator who forecasts market trends. In 2017, he was appointed Division Manager of the Nomura Research Institute (NRI) Center for Strategic Management & Innovation, where he has been searching for the vision of the future Japanese society should go.

Since joining NRI, I’ve been involved in the field of ICT for more than 30 years as a consultant. The reason I enjoy the field of ICT is that it allows me to experience, from a variety of angles, social changes resulting from the realization of various events that were previously unimaginable to us. It’s fascinating to put myself in a world of constant growth and change.
Take mobile phones as one example. When we started doing research in the late 1980s, mobile phones were something used by doctors and lawyers in their luxury cars. Ordinary employees, if asked whether they wanted to own a mobile phone, would reply that “I don’t want to have it,” and many people believed that “Calls from the company would come through at any time and place. Mobile phones should not become in widespread use.” But at the height of the bubble just three or four years later, people started using mobile phones worn strapped over the shoulder, and by the late 1990s, mobile phones were suddenly everywhere. Now, we’re living in the smartphone age. In these last 30 years, our modes of communication and services have changed drastically.
When new technologies or services emerge, even the professionals on the supply side aren’t really sure how they will be used or not used. But they will inevitably bring change. The thrill of this field is in seeing whether we can anticipate those changes.

Honing the ability to forecast changes

I’ve been involved in market forecasting for various goods and services in the field of ICT. I have put out the publication “IT Market Navigator” (currently: IT Navigator) annually since 2000, and many people in the ICT field and other fields have made use of my insights.
Therefore, I’m often seen as an expert in market forecasting, but I have made mistakes.
One example is my prediction that videophones would become popular. From the 1990s until 2005, I predicted the proliferation of videophones three times, but I was wrong every time. There wasn’t a single time that their use spread at the rate I’d predicted. In the past there were several foctors preventing their widespread use, such as the high price of the devices and the slow communication speed, but even now those issues have been resolved, videophones are not very popular. Ultimately, I think this is because Japanese people didn’t like the communication style showing their faces while speaking. The psychological hurdle to appearing on camera for a sudden phone call was higher than I’d expected. I learned that no matter how much the technology and its use environment advance, whether people will accept it is a different matter.

In addition to making forecasts, I have also presented various opinions to the industry, and started several debates. One that remains strong in my memory is my refutation of the theory of “Galapagos Syndrome.” Around 2008, people started talking about “Galapagos Syndrome,” implying that as a result of the unique development domestically of mobile phones and other IT-related products in Japan, “Japan had deviated from international standards and therefore was unable to survive international competition.” I disagreed with this view. This sparked what I refer to as the “Galapagos-Godzilla Dispute.”
Take Japanese cellphones as an example. Japanese manufacturers uniquely developed cutting-edge technology to create cellphones with desirable features such as the capability to display text through data communication, the addition of a camera function, and the ability to display monitors in color, thereby driving the evolution of these phones. Because this resulted in failure on a global scale, they were criticized as having fallen prey to Galapagos Syndrome, but if they had seen global success, they would have been hailed as Godzillas. 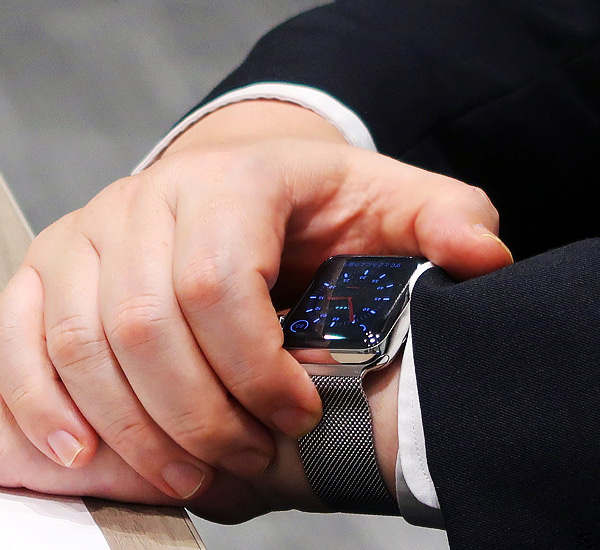 Actually, Apple and Google are currently carrying out the same kind of style of manufacturing. They created excellent services like the iPhone, and these services were a hit worldwide. If Apple or Google’s products hadn’t spread globally, they probably would have been ridiculed as suffering from Galapagos Syndrome. So, we shouldn’t acknowledge Japanese products and services as something peculiar; instead, we should discuss why those products and services could not become Godzillas. Conversely, products and services that now look like Godzillas could fall prey to Galapagos Syndrome if we’re not careful. I think it’s important to get a head start in conveying this way of thinking to the world.

In April 2017, I was appointed Division Manager of NRI’s Center for Strategic Management & Innovation. The Center for Strategic Management & Innovation is an organization where we dig deep into what kind of society we want to realize and draw up concrete recommendations on how to achieve it. As a consultant in the field of ICT, I’ve helped to increase corporate earnings and assist industry development, but now my mission is to take a panoramic view of future society, to provide a message that adapting IT technologies what direction society should take, how industry should change, and how people should respond to these changes and to ultimately convey a vision for an improved future society.

There are two themes here. The first is the direction Japan will take in a global context. In particular, we need to consider what kind of relationships Japan should build with its Asian neighbors as it grows.
The second is how to address the low birthrate and aging of society experienced by many advanced nations. As the population declines, the labor force is reduced, changing the structure of industry. As a result, debates about accepting immigrants, having people work until age 100, and the like are being raised in Japan and elsewhere, but I believe that this problem could be solved with the help of ICT, AI, and robots. In 2017, focusing on the theme of the social environment, we discussed ways to improve productivity while reducing societal maintenance costs through the use of IoT (the Internet of Things). Our theme in 2018 is the structure of industry. We will discuss ways in which industry will change shape in a society where the population is declining and goods are connected to networks. In 2019, our theme will be the nature of labor, and we will discuss how to utilize human resources in an aging society with a low birth rate, how to make use of ICT in the workforce, and the like. Fortunately, Japanese people have a relatively low aversion to AI and robots. We can be a front-runner worldwide in terms of coming up with a model to use ICT, robots, and AI to supplement Japanese society’s declining vitality, and present it to the world. I believe that by achieving a social model with a good balance between humans and machines, we may be able to turn the disadvantage of population decline into one of our strengths.

Building a society that would make our forerunners proud

One of NRI’s predecessors was a think tank born from Nomura Securities. At that time, the concept of a think tank didn’t even exist in Japan. But our forerunners created NRI and helped services such as surveys, research, and consulting to take root in Japan. I believe they achieved something quite ahead of their time. I have experience predicting the future of industry and making market forecasts,
but if asked whether I can achieve things ahead of my time at the same level that they did, I would have to say I’m not quite there yet.
How can we create a happy society for Japan? We aim to create specific measures and models for social change—one that will be accepted by everyone—to achieve such a society through discussion with people in various fields. I am ready to push forward, putting in my strongest efforts, to make my forerunners proud. 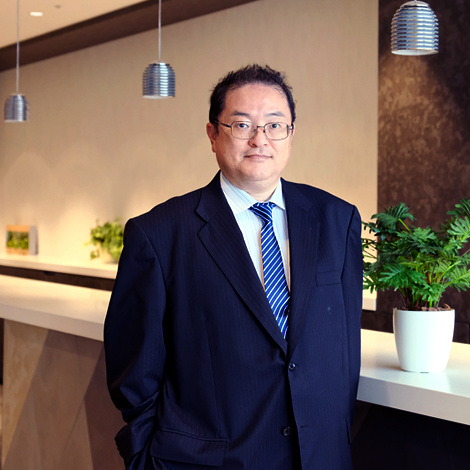 Kotaro Kuwazu joined Nomura Research Institute in 1986. After working in the Information Systems Consulting Department, at the Kansai Regional Headquarters, and as head of the ICT & Media Industry Consulting Department, he was appointed an Executive Fellow in 2017.
As an expert in ICT, particularly business, technology, and marketing strategy and related M&A and partnering in the field of communication, he is the author of numerous books and articles relating to the ICT field. 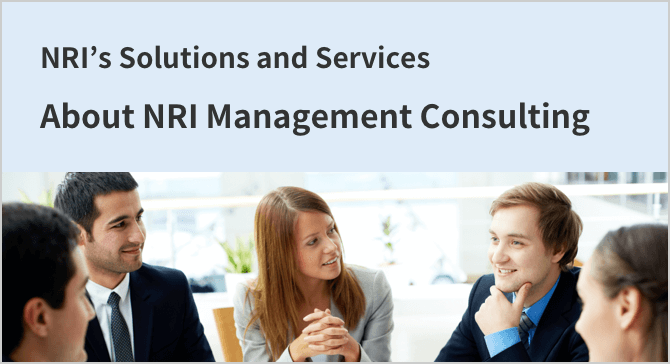