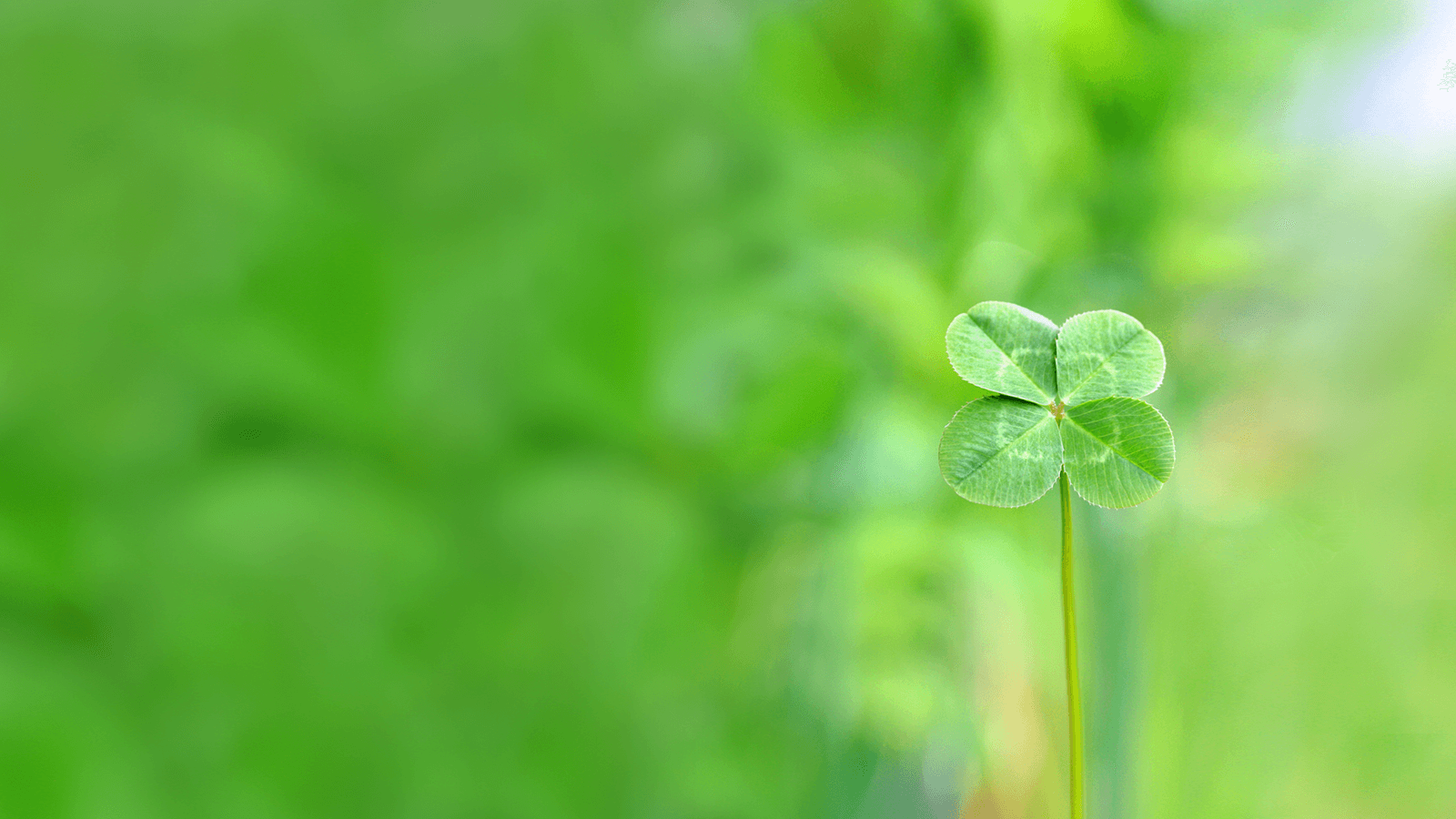 NRI contributes to reducing the impact on the environment by improving the efficiency and productivity of both clients' businesses and societal systems through the services and policy proposal activities we provide.

Significantly reducing CO2 emissions from the use of shared online services

NRI provides various shared online services to multiple companies in many different fields. In the case of “THE STAR”, an integrated back-office system for retail securities firms, estimates have shown that CO2 emissions can be reduced by 73.9% compared to when clients own and operate their own equivalent systems.
For this reason, NRI considers sales of shared online services as a green revenue. 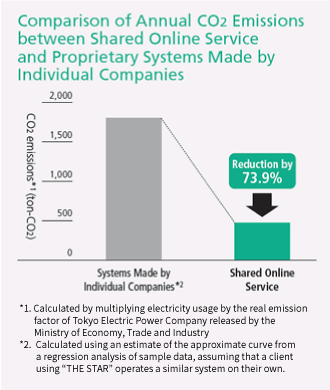 NRI is playing a key role in the initiative to adopt the data center energy conservation indicators developed in Japan as the international standard.

At the EU-US-Japan Public-Private Trilateral Conferences since 2009, and more broadly under the auspices of the International Organization for Standardization (ISO) since 2012, NRI has pursued negotiations to have the data center energy conservation indicators developed in Japan adopted as the international standard. NRI has been acting in a principal role, chairing committees at the domestic level and serving as a task force leader on international committees. At an international workshop convened in Korea in May 2014, two of the data center energy efficiency assessment indicators proposed by Japan were approved as the WD (Working Draft) for an ISO standard. These indicators constitute the DPPE* that was developed at the Green IT Promotion Council (GIPC) with NRI's participation as well. The plan is to ultimately adopt this WD as the international standard in the future after it has passed through the CD (Committee Draft) and DIS (Draft International Standard) stages.

In its capacity as a data center operator, NRI also has headed up the Data Center Working Group and served as Chair of the Environment Committee at the Japan Information Technology Services Industry Association (JISA), where it played a central role in demonstrating the effectiveness of DPPE. Support measures for user companies to promote the transition to cloud data centers, which are fiscal 2014 measures of the Ministry of Economy, Trade and Industry, and support measures for the introduction of DPPE at data centers, have been successfully enacted through the programs by the Japan Data Center Council (JDDC) as well, by verifying that data centers contribute to lower carbon emissions by society as a whole.

Through its consulting activities for governments and businesses, NRI helps mitigate environmental impact.

The Ministry of Economy, Trade and Industry provides subsidies for projects to verify the feasibility of Japanese companies that possess superior technology making a contribution to developing countries that are vulnerable to climate change.

A biodegradable fiber developed by Toray Industries, Inc., for example, is expected to contribute to desert greening when formed into tubes to hold soil and seeds and combined with drip irrigation. A Yamaha Motor Co., Ltd. water purifier for villages can provide clean water for villages in Tanzania and Ghana that lack a water supply. Bean sprouts from Yukiguni Maitake Co., Ltd., which are highly resistant to salt damage, can be cultivated in Bangladesh on land where crops have previously not been grown because of flooding or other problems.

Desert greening using Toray's fiber in particular, which was also highlighted on a television program by broadcaster NHK, was one of the main attractions at Japan's business booth at the Tokyo International Conference on African Development held last year in Yokohama, which was even visited by Prime Minister Abe.

NRI has solicited a wide range of proposals from Japanese companies that possess superior technologies in sectors where they can be applied to deal with such effects of climate change, and in its role as a judge has consulted continuously from fiscal 2012 through fiscal 2014 in the form of support for the implementation of the proposals.

Energy consumption by Japan's residential housing sector and commercial properties continues to climb. In housing the government is therefore focusing on developing and popularizing net zero energy homes through an effort that combines encouragement for energy conservation with energy creation through means such as solar panels.

To verify the feasibility of creating a net zero energy home, universities were solicited to participate in a test as part of a program by the Ministry of Economy, Trade and Industry's Agency for Natural Resources and Energy. Five universities - The University of Tokyo, Keio University, Shibaura Institute of Technology, The University of Chiba, and Waseda University - were selected, and the verification was conducted in the form of a competition in which each university actually competed to design and build a model home. The homes were then exhibited for the general public at a location in Shinonome in Tokyo, where they were toured by about 7,000 visitors over a three-day period from January 29-31, 2014.

The University of Tokyo emerged as the winner, based on an examination by the judges who evaluated, among other factors, the concept, technologies and potential for diffusion, and measured data that tempered amenities and health with energy-savings and power generation volume.
NRI participated from the university solicitation phase, and provided assistance for the entire demonstration test including preparation of the competition criteria.

Japan's Top Runner Program takes today's top performing products and tempers them for potential technical innovations and other factors to set standards that products manufactured by Japanese companies must exceed after several years. In past years this system was applied to automobiles and home electrical appliances, both of which are regarded as successful examples that improved Japan's energy conservation technology.

The Top Runner Program will be applied to building materials such as thermal insulation that contribute indirectly to energy conservation. NRI therefore is supporting the system design being carried out by the Ministry of Economy, Trade and Industry's Agency for Natural Resources and Energy.

Since beginning its support in fiscal 2011, NRI has helped plan and analyze the performance of the Top Runner Program for Building Materials related to amendment of the Act on the Rational Use of Energy, and conducted activities such as simulations, while coordinating with industry groups and other organizations.