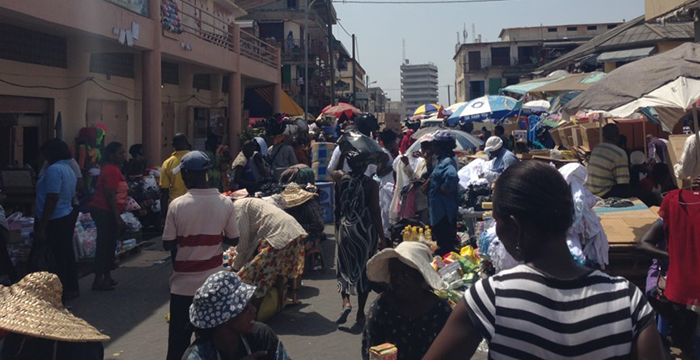 A new Africa — from manufacturing investment target to innovation base

The Japanese government offers support for the development of African countries including technology transfer and infrastructure exporting. The government collaborates with Japanese companies to deploy numerous projects that offer long-term development by creating employment, building a workforce, improving infrastructure, and more. Nomura Research Institute (NRI) utilizes its strong relations with local governments and know-how accumulated from the large number of development projects it has supported to help Africa achieve sustainable growth and development.

The Sixth Tokyo International Conference on African Development (TICAD) took place in August 2016 in Nairobi, the capital of Kenya. The conference was launched in 1993 and invites leaders of African countries to gather and discuss the development of the continent's countries through eradicating poverty and self-help efforts. It is hosted by the Japanese government and other organizations including the UN. TICAD is one example of the diverse efforts the Japanese government makes for the development of Africa. The lives of African peoples will not improve with conventional (financial) aid or developments aimed to secure resources. Nor can these methods bring self-sustained economic growth. That is why the Japanese government deploys numerous projects through the Ministry of Economy, Trade and Industry and other organizations, and with the help of Japanese companies, to help create employment, build a workforce, transfer technologies, improve infrastructure, and more. Emerging markets consulting Group of NRI's Social System Consulting Department supports such efforts. Every month, one or more of the ten or so members visits Africa.

Projects for which NRI accompanied other companies for the "Contribution Visualization Project of Japanese Enterprises in the Climate Change Adaptation Effect in Developing Nations" of the Ministry of Economy, Trade and Industry (in Japanese alphabetical order)

NRI's activities promote the ideology of TICAD and the UN's Sustainable Development Goals (SDGs). However, Group Manager Junji Koike, who has long been involved in NRI's development support in Africa, has recently harbored new concerns. "The growth story encouraged in Africa has been one of driving development with manufacturing investments, technology transfer, and employment creation. However, this is merely applying the Asian model to Africa. Today in Africa, the drop in crude oil prices has caused sluggish economic growth primarily in resource-rich countries, and labor costs are generally higher than in Asian countries. For these reasons there is less investment from foreign countries and growth has stopped. For the African economy, we must break from the conventional manufacturing-based growth model and shift to a new, different model."

Base for Innovation creation

With this outlook, Koike suggests viewing Africa as a base for innovation creation. "The assets of African countries are their large youth populations, high acceptance of new technologies and services, and relatively lenient regulations compared to developed countries. In other words, Africa is a great place to try innovative things. In Rwanda, an American start-up has already launched a distribution service using drones. If foreign companies start innovative businesses in Africa, this brings in new technologies and creates local employment. Then, when African people familiar with the new technologies and services reintroduce the innovation into developed countries, this will contribute to Africa's development as well. For Japan, Africa can be a place for cooperative discussion of a new growth model for Japan—one that is not the conventional manufacturing model. In other words, African countries can be partners for creating innovation. Japanese companies can conduct empirical tests that are difficult to conduct within Japan because of regulations. There are many things Japan can and should do, like incorporating IoT (Internet of Things) into agricultural machinery, reforming the distribution industry with drones, and developing new FinTech services using cell phones. If these work, they can benefit both Japan and Africa and create a favorable relationship. I believe creating a new model is one way we can support development in Africa, and is an area in which NRI can contribute."

NRI will continue to actively contribute to the development of African industries and markets, as well as the international expansion of Japanese companies, through supporting "building a foundation for African industry and technology innovation."

Below are resources for those who want to learn more about supporting African development. (In Japanese only)

Africa as a base for innovation creation(790KB)