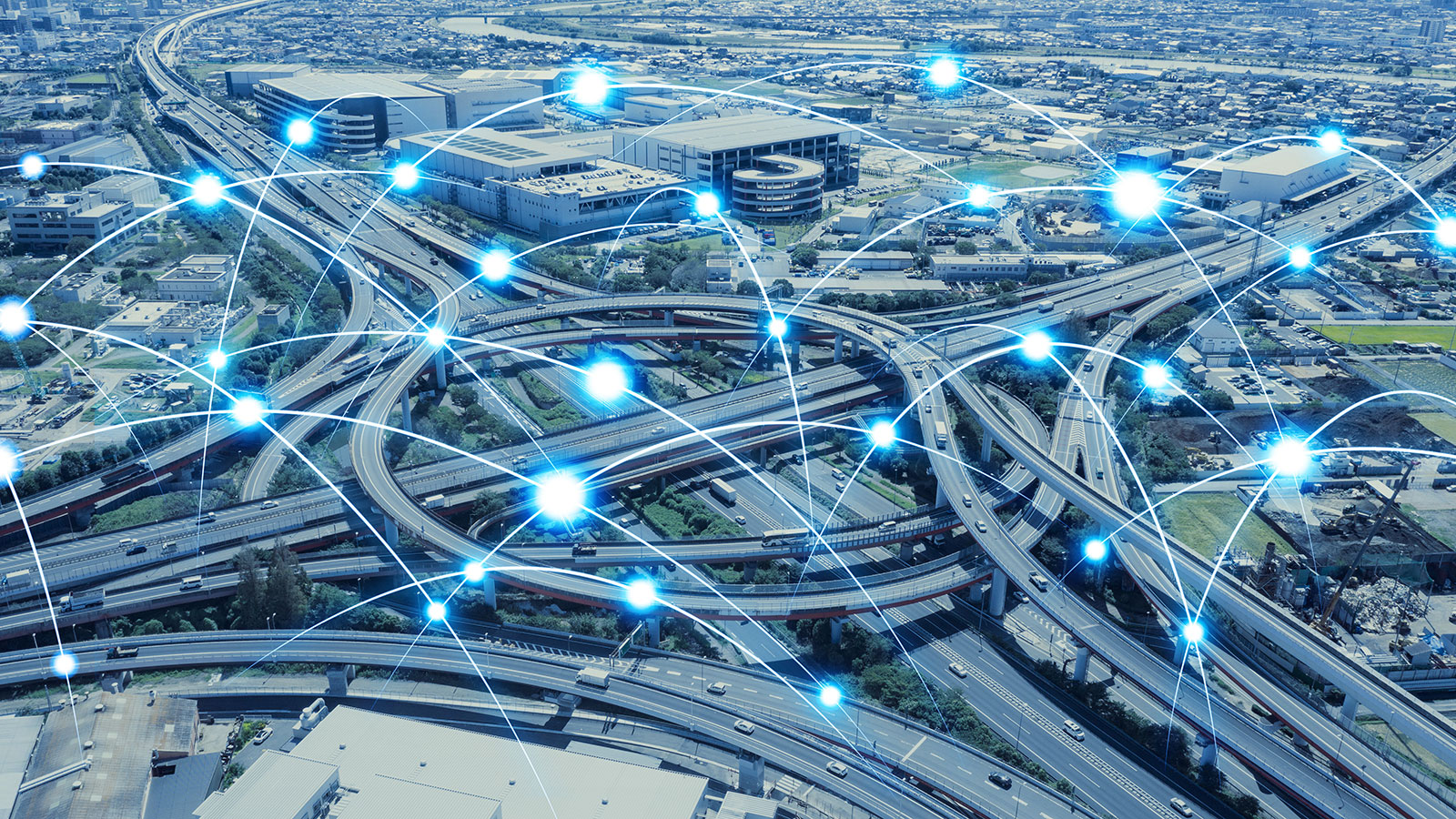 CASE*1 is a phenomenon that has a significant impact on the automotive industry. The development of the CASE business is not limited to developed countries, but various demonstrations have started in emerging countries as well. We asked Keiichi Okazaki, Noriuki Kobayashi, and Yi Zhang of Nomura Research Institute, Ltd. (NRI), who have been studying trends of the automotive industry, to present the latest trends on CASE and problems that Japanese companies face in expanding their CASE business globally.

What are the trends in the Next-Generation Automotive Industry of ASEAN? -- Keiichi Okazaki, Global Manufacturing Industry Consulting Department

Relationship between the growing ASEAN automotive market and CASE

The ASEAN countries are not large-sized economies individually. However, if we talk about ASEAN-5, which consists of Indonesia, Malaysia, the Philippines, Vietnam, and Thailand, it is half the size of the economies of China and India. Automotive sales in ASEAN-5 countries are growing at an increasing rate. Vietnam, which has the highest GDP growth rate, is expected to witness a growth of 9.4% in automotive sales in 2020, while a growth of 3%-6% is expected in other countries. While the market for new car sales is saturated in developed nations, ASEAN-5 is gaining attention in terms of growth. It is likely that CASE will grow faster, or that more innovative business models will emerge in ASEAN-5 than in the developed nations.

In ASEAN countries, new players are entering into the CASE business. In the Connected domain, the activities of communication carriers have intensified, and the Japanese communications carriers, which had not been active in expanding their business overseas so far, have also started to work on it. As regards the Autonomous domain, demonstration experiments are being conducted in several ASEAN countries, including an open call for operators to demonstrate the introduction of self-driving buses in Singapore. Moreover, in the infrastructure domain, self-driving is gaining attention as a mobility tool for smart cities.
In terms of Shared & Service, ASEAN is ahead of the Japanese market because of the regulatory implications. In particular, Grab, which is a booming app-based car service, was able to expand its business to eight Southeast Asian countries in a very short period of time. Among the four elements of CASE, commercialization has progressed most in the case of Electrified, and the entry of new players is also advancing. Thailand and Malaysia are promoting policies that support electrification.
In the ASEAN region, collaboration among local companies in the automotive sector, local governments, and other industries is becoming very active. Therefore, Japanese companies are also required to work on business creation by collaborating with local companies and local governments.

Please tell us about ride-sharing in the U.S. and its impact on the automotive market. -- Noriuki Kobayashi, Corporate Innovation Consulting Department

Emergence of ride-sharing and its relationship with taxis in the U.S.

Ride-sharing is a service in which drivers use their own cars to take users to their destinations like a taxi. Uber, which was recently in the news for getting listed on the New York Stock Exchange in June 2019, has been providing the ride-sharing service in the U.S. for a decade since 2009.
Although it was predicted that the taxi industry would decline due to the emergence of ride-sharing, the United States Census Bureau data shows that the number of employees of taxi companies is almost 80,000 and that there has been no major change in it compared to the past. On the other hand, the number of self-employed in the industry was 970,000 as of 2017, increasing by about 800,000 from 170,000 in 2009. Ride-sharing is considered to be the reason for this increase.
According to a questionnaire survey conducted by NRI in January 2019, about three-quarters of the ride share drivers were engaged in concurrent businesses. Moreover, about 80% of the full-time drivers were not former taxi drivers, indicating that ride-sharing has created new jobs.
In addition, 84% of the total respondents answered "Very satisfied" or "Satisfied" when asked about their jobs, the most common reason being "flexible working hours". Many drivers are happy to earn extra income by providing ride-sharing services to people in their spare time. Some full-time drivers earn more than $100,000 a year, and their annual income varies greatly depending on how much they work.

Uber's sales are rapidly expanding, but profits remain negative. The reason for the deficit is that amid intense competition to acquire drivers with Lyft and others, 80% of proceeds is spent in payments to drivers. Under these circumstances, Uber has invested more than 1,000 developers and 165.6 billion JPY (2018) in developing self-driving technologies. It can be said that the company is making every effort to develop self-driving technology as its future is at stake. Ride-sharing businesses face challenges in breaking away from the labor-intensive industry and are eager to introduce technologies such as self-driving. Thus, there will be an increase in opportunities for Japanese companies to provide self-driving technologies and products.
Uber's business involves demand and supply matching, and this approach is expected to be applied to all aspects of the mobility industry. Companies need to focus on dynamic marketing to meet the rapidly changing customer needs.

It is said that due to the Chinese government's investment policy on digital infrastructure and the existence of private communications companies strong in V2X*2-related equipment, self-driving is likely to accelerate in China with its own unique and coordinated*3 infrastructure.
The “Made in China 2025”, one of China's major national policies, indicates that 10% to 20% of vehicles will be self-driving at Level 3 (mostly vehicle-controlled driving) by 2025, and 10% will be at Level 4 or more (fully automatic) by 2030.
In addition, the IT company Baidu has proposed a consortium called "Apollo Plan", which incorporates a cross-industry base for the development of vehicle technology, including cloud services and the overall platform for vehicle control, and planned to open it to private companies. Since its inception, many global players from Europe and the U.S. have participated in it, and recently, Toyota, Honda, and Panasonic have also announced their participation.
So far, we have been following a model of developing products in Japan and selling them in China. However, in the case of data-driven intelligent vehicles, it is necessary to develop business models in China using Chinese data, for which not only automobile manufacturers but also foreign parts manufacturers have started their efforts.
Automobile manufacturers disclose a portion of the vehicle data to the platformer, who multiplies it with customer data to create a new service. In this way, the automobile manufacturers and platformers are working together to create a monetization system and new business initiatives have already begun, such as the joint venture between SAIC Motor and Alibaba. I think demonstration experiments led by the government will be a major field of action in the shift from product development to business development.

In China, social implementation-driven innovations are garnering attention. These are finding an increasing number of applications in the context of market formation. One such example is the 2022 Asian Games. The host Hangzhou city in Zhejiang province, along with Alibaba, is promoting a digital city project that integrates not only digital transportation infrastructure but also social and urban infrastructure.
Western companies are actively involved in government-led social experiments. For example, European companies such as Bosch and Continental are together urging the government to enact laws and regulations for the installation of automatic emergency brakes as the norm, and are exerting their influence in establishing technical standards. Japanese companies should also be involved in these projects and consider new global strategies and ways to interact with Chinese industries.