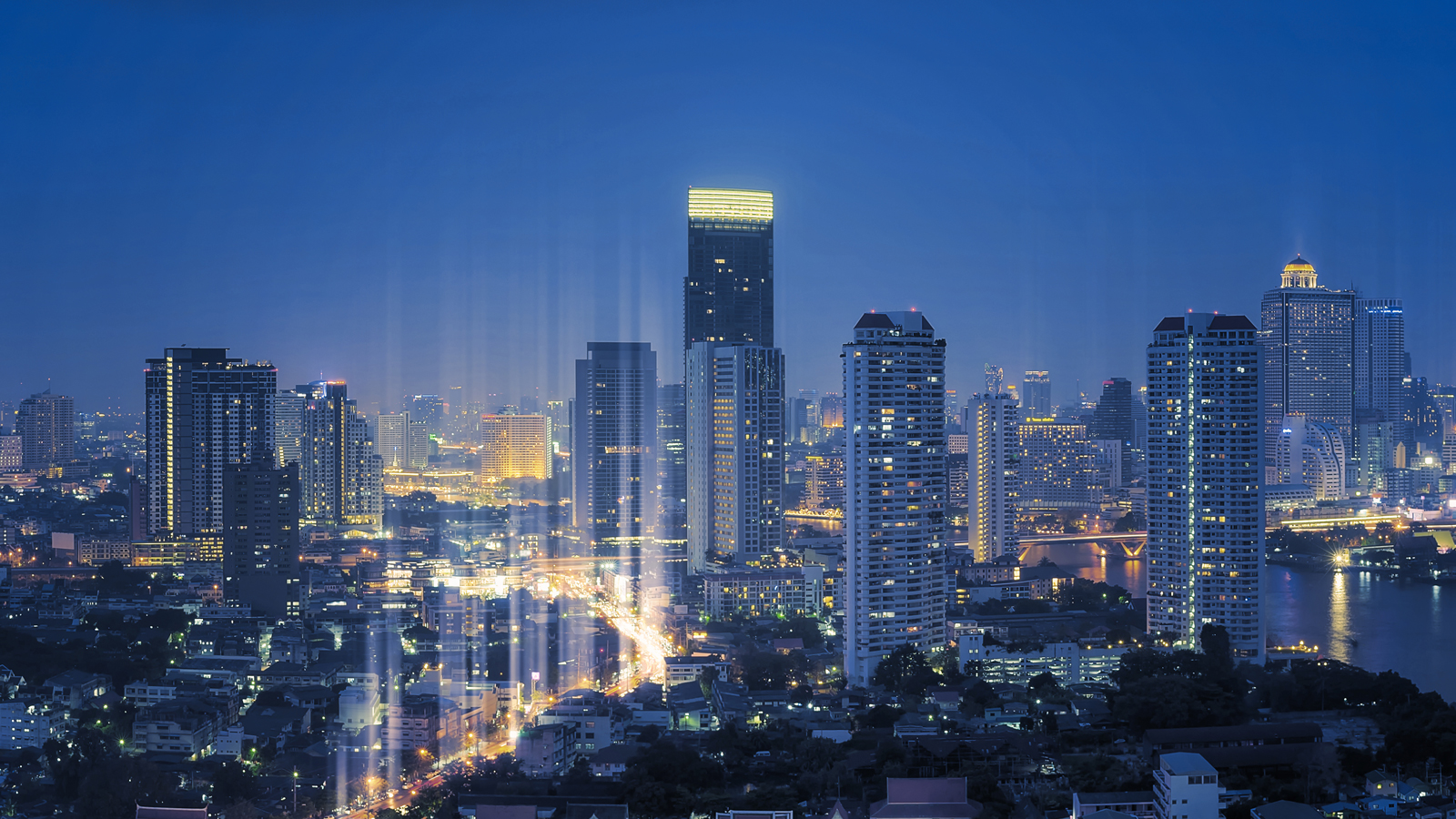 The 5G (fifth-generation mobile communications) services are planned to be offered to some cities by 2019 and to be fully implemented from the year 2020. The advent of a new group of communication systems that realize real-time communication services with low delay while eventually exceeding 100 times the speed of the present 4G (fourth-generation mobile communications systems) will promote digitization and social implementation in Japan. In addition to communication between people represented by smartphones, communication between things that further has developed IoT, as well as its utilization in cities (so-called super-cities) and efforts of society as a whole come into view.
As opposed to the spectacular results that have already appeared in various kinds of PoCs implemented until now, it has been pointed out that initiatives and perspectives related to 5G are technologically advanced but not sufficient in practice.

Current fourth generation mobile phones (LTE), represented by smartphones, have dramatically changed people's lives. Not only did they digitize and import content such as camera, music and books, but have changed our lifestyles as well through payment functions and SNS.
The impact of that outcome is strong, and naturally, we tend to regard 5G as an evolution or extension of 4G. On the other hand, it can also be said that human abilities, such as recognition and memory cannot sufficiently follow the development of 4G to 5G. For example, when it comes to video viewing, the human processing power is commensurate with HD quality, but 4K that the 5G aims for, and 8K, which is even a step ahead, might be too much for humans to take on. Conversely, even if such a high-quality video is shown by mobile communications, it raises a question as to whether it can be completely processed by humans or not.
In that case, it would be more rational to think of 5G as a system or a network which assumes that "AI watches people through cameras" rather than the view prevalent until 4G that "people watch videos using smartphones".

Not only the telecommunication carriers, but entire Japan has to work for deployment of 5G

The 5G is expected to use the same frequency as 4G or one step higher in the early stages of introduction (Phase 1). Hence, 5G becomes a natural choice if a system is quickly constructed to efficiently deliver radio waves to a wider area and made compatible with the existing systems.
However, as 5G becomes more and more ubiquitous, not only in smartphones, but also in many areas such as IoT and automated machinery for cars and at urban levels, the network is expected to grow exponentially. Therefore, in Phase 2 of 5G, which is considered to be around 2025, full-scale use of high-bandwidth (e.g., millimeter-waves) which has not been used in mobile phones until now, will be required. However, the use of higher frequencies will shorten the distance the radio waves can reach. Thereupon, mobile phone operators will be forced to increase the number of base stations. Investment related to base stations is estimated to account for nearly 70% of the capital investment of mobile phone operators, so the use of high frequencies is expected to increase capital investment. As a result, a point of concern is that 5G deployment outside the large urban areas will be delayed.
In terms of population, it is often considered unavoidable to prioritize urban areas. However, when the characteristics of 5G and its implementation are related to not just people but things and societies as well, the condition would suddenly change. In case of 5G, demand for automated machinery, IoT, disaster prevention and monitoring, etc. is strongly expected even in areas where there are no people. Hence, 5G, AI, and automated machinery should be used to create "people-friendly" environments and solutions for rural areas where the population is decreasing due to the rather low birthrate and aging population.
The high-speed and numerous device use of 5G technologies will shift the focus of network development from people to the development of "people-friendly" environments, including unmanned systems. However, this will also require a change in course of the existing business models.
Currently, business models for mobile phones have been constructed and optimized assuming an average revenue per user (ARPU) of ¥5,000 per month. On the other hand, the cost of IoT-compliant network for cars is estimated to be ¥300 per month, and the ARPU in various other automated and unmanned environments is even lower, which may not be adequately covered by the charging system and marketing approaches that have been based on smartphones until now.
As a result, a point of concern has been pointed out that leaving the rate setup to telecommunications carriers alone may cause delays in local deployment of 5G or excessive focus on people X smartphones due to limitations of their existing business models.

In the future, AI, automated machinery, IoT, etc. will play many roles in determining Japan’s future direction, and the development of 5G as the foundation for these is extremely important. In that sense, the development of 5G is not solely dependent on telecommunications carriers of the 4G system, but needs to be carried out by entire Japan through social implementation and strengthening public involvement from the urban viewpoint.
It is required to shift the perspective and business model completely, from mere relaxing the 5G-related regulations for private operators to social implementation as a step forward.