Sapporo Lion, NRI and NRI Group member Brierley+Partners Japan (“Brierley Japan”) joined forces for YEBISU BAR, a beer pub with 19 locations where guests can truly enjoy what Sapporp’s Yebisu Beer has to offer, and launched in May 2018 the YEBISU BAR app, a service for increasing customer loyalty. We asked people from the three companies who were part of the project what new discoveries were made as they introduced a program different from conventional point-earning loyalty programs.

Many restaurants offer loyalty programs. However, if someone in a party collects money and pays for the group’s bill, only that person earns points and others don’t. Many loyalty programs simply let customers who reach a certain number of points redeem rewards such as a discount of, say, 500 yen (approximately $5), or cash back of a flat percentage; they do not take into account how often customers visit, how much they spend, and their loyalty levels. Moreover, even if restaurant operators want to use data obtained through their loyalty programs, the only types of information available to them are things like their patrons’ bill amounts, genders, and age groups, which makes it difficult to develop new services reflecting the tastes of individual customers.

To address these issues, the three companies carried out a series of discussions and came up with the YEBISU BAR smartphone app. “When servers bring beer to customers, they put an electronic stamp directly on the customers’ phone screens. As they collect more stamps, customers move up in their status and earn rewards. There is also a member ranking that is updated in real time, and they can compete with other customers,” Sapporo Lion’s Takayoshi Endo explains.

“By adding the action of putting a stamp on smartphones that have the app open, you make it possible for all guests to earn rewards. They can check their ranking and status while dining, so they see how many more drinks they need to reach the next status. Enabling customers and waiting staff to act during dining, instead of after bills are paid, is a service that was surprisingly nonexistent before,” NRI’s Masao Iida points out. “Previously, we at NRI supported Sapporo Group mainly with their backbone systems, so developing a service for the point of customer contact was a new challenge for us.”

To encourage repeat customers, enhance the value of your experience, rather than offering discounts

In developing the YEBISU BAR app, the team sought to design a program that is distinctly different from conventional loyalty programs which are substantially equivalent to giving discounts. “The more stamps customers earn, the higher the quality of the menu items they receive and the better treatment they get. We contrived ways to communicate the value and quality of service through rewards such as beer and food, so that customers will feel they want to go to YEBISU BAR,” says Brierley Japan’s Tomoyuki Arao. Using data from past events as their reference, the team examined the thresholds for stamps and the rewards from a customer’s perspective in an effort to enhance the value of the experience. 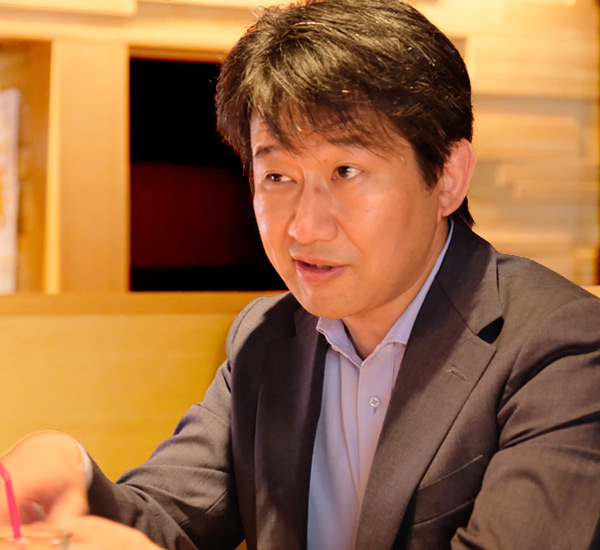 As a result, “membership is growing steadily, reaching 10,000 members in three and a half months. Some members have even topped 200 stamps, and we are surprised to see a stronger-than-expected reaction. We talked to these customers directly at the restaurants, and they said they were interested more in earning stamps and their rankings than in getting rewards. The real-time ranking stirs up customers’ competitive side, and this has a greater effect of encouraging customers to order ‘one more drink’ than we had expected,” Endo says.

Making the program work for other brands

“The combination of a smartphone app, which is digital technology, and waiting staff putting stamps on customers’ phones, which is an analog action, brought on more opportunities to interact with customers. Even though waiting staff now has an additional task in their job, fortunately they view it positively, saying that it has brought them closer to customers. It was a little challenging to get the program off the ground, but with the warm support of NRI and Brierley Japan, we were able to ride it out. Today we feel that NRI, Brierley Japan and we make a single team,” a satisfied Endo says. 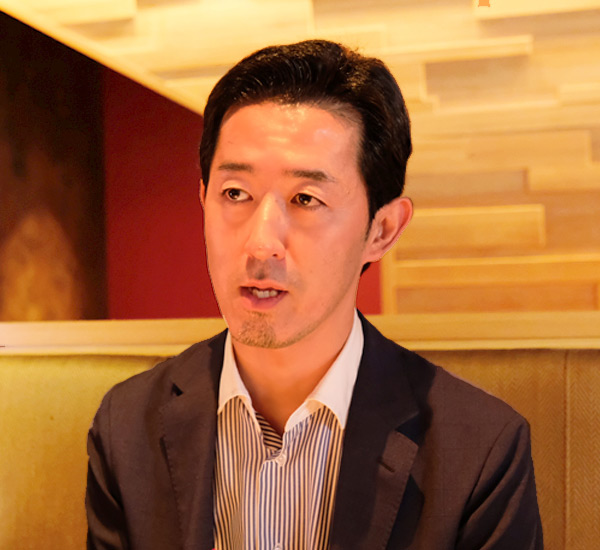 Masao Iida, Industrial System Business Department I, NRI“We began discussions in September 2017 and the launch was scheduled for May 2018, so the project had an extremely short timeframe and we did feel pressure. The reason we were able to move it forward successfully was that concerns were shared and decisions were made smoothly, and the concept never wavered along the way,” Iida says, looking back.